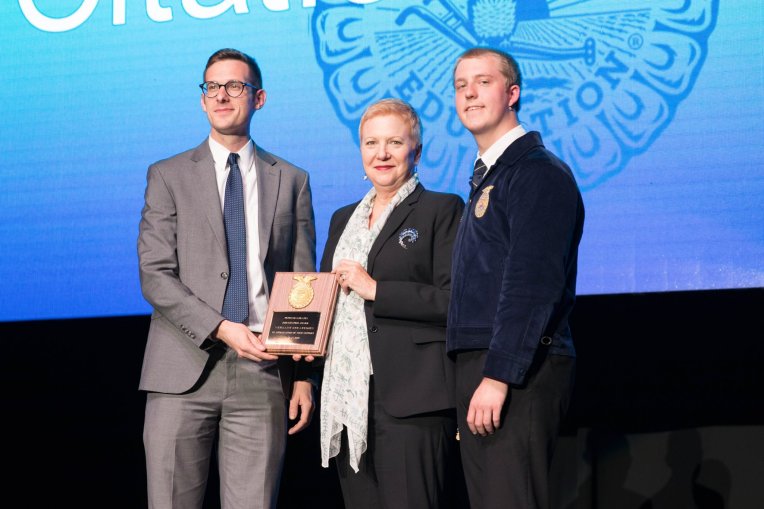 Versant Strategies, Harrisburg’s top agricultural and rural affairs lobbying firm, recently received a Citation Award from the Pennsylvania FFA for their commitment to advocating on behalf of Pennsylvania’s over 150 agricultural educators.

Both President and CEO MeeCee Baker and COO Caleb Wright received the citation on stage at the Bryce Jordan Center on the campus of the Pennsylvania State University.  “This award is quite special as both Caleb and I spent time as teachers in high school ag ed classrooms,” stated Baker.  Wright commented, “We are honored to represent the Pennsylvania Association of Agricultural Educators (PAAE) in the Commonwealth and look forward to a bright future with their association.”