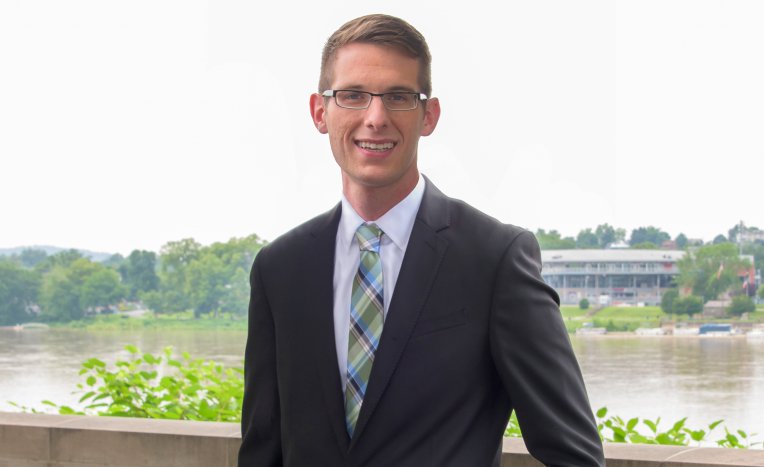 “We’re very pleased to welcome Caleb to our team of rural advocacy experts,” said Versant Strategies’ President MeeCee Baker. “Caleb’s roots in Pennsylvania’s agricultural community are deep and the accolades he’s earned during his young career have already marked him as a voice of rural Pennsylvania’s new generation. Our clients will benefit from his energies and talents in the service of their causes.”

Raised on a Huntingdon County farm that has borne his family’s name for over a century, Caleb grew up as the grandson of the region’s renowned veterinarian, Doc Kyper, with a family legacy of serving the rural community. Prior to joining Versant Strategies, he served as a PA State FFA Officer, was a National FFA Officer Candidate, and taught high school agriculture.

Wright is a graduate of Penn State with a Bachelor of Science in Agricultural and Extension Education. He was named as the College of Agricultural Science’s inaugural Emerging Leader Candidate, working one-on-one with the College’s Dean. Caleb investigated recruitment and retention of students in Agricultural Education as a Penn State research project. A skilled speaker, his energized commitment to rural education also earned him the Youth Agricultural Award presented by the Penn State Agriculture Council.

Along with managing day-to-day operations of the firm, Caleb actively lobbies and assists with organizational management.

Based in Harrisburg, Versant Strategies conducts government relations, regulatory work and a variety of related services to a roster of clients ranging from Fortune 500 companies to statewide and national trade associations to family-owned farms and businesses.

With a senior consulting team comprised of leading educators, business leaders and policymakers who have served at the highest echelons of state government, Versant Strategies is one of the premier public affairs firms specializing in agricultural, environmental, educational and rural interests in the Northeastern United States.